You may need to eliminate followers from Twitter for many reasons (because are spammers, stalkers or simply because you don’t want them to follow you anymore).

Here at wikihow.com you can find the way to get rid of them once for all.

As usual Gina is effective and clear and article is really worth a read.

What is strange is the two opposing trends: we put everything online, but not relying too much on the net (or just because we feel a back up is something good) we back it up locally… 😉

The quest for technology is paved with strange things

What follows is my non serious comment, reported after Mike question (btw, his answers are very professional and worth a read, but today I’m in really bad mood and so I need to joke on something… 🙂 ):

Dan Nosowitz at Fast company  reports that “[…] Yahoo Chief Product Officer Blake Irving today announced an ambitious three-year plan to update pretty much every service Yahoo offers–plus some new ones. […] Yahoo Mail. There’s a new interface, which looks suspiciously similar to Gmail, […]. Yahoo Mail does let you update Twitter and Facebook from within the web app, which is new, and Yahoo claims its spam filtering system is second to none. Yahoo search is also seeing an update, […] Yahoo TV, a widget-like connected TV platform that gives access to BlockBuster, CBS, Pandora, and a few others, will be expanding. […] ”  (full article at http://www.fastcompany.com/1689525/yahoos-three-year-plan-to-bring-cool-back). Same does Mike Halsey at ghacks.net (http://www.ghacks.net/author/mike/), (full article at http://www.ghacks.net/2010/09/18/yahoo-bids-to-get-its-cool-back/).

Ok is a starting point but 3 years in this fast paced context is an ethernity and brings a lot of unpredictability in a 3 years plan. On the other side I think that only a real innovation or technological breakthrough can enable Yahoo in getting more market shares.

Andy Carvell at geek.com (http://www.geek.com/users/Andy%20Carvell/) reports that “[…] WikiLeaks has announced on Twitter that it will release a new document today […]” (full article at http://www.geek.com/articles/news/wikileaks-prepares-to-leak-cia-document-20100825/).

I don’t really like to speak of this, but, I don’t also like the misuse of freedom of speech.

One thing is to release documents on companies doing bad things, another is to “burn” people working undercover or putting them in danger.

Freedom of speech is a right that should be used with some wiseness.

Darren Barefoot at Darrenbarefoot.com (http://www.darrenbarefoot.com/) writes an article suggesting a way to filter the content you’re accessing on the web to avoid spoilers of common films or news. Darren says “[…]

There are various apps which offer muting functionality for individual keywords or users. What I could really use is a view of Twitter and Facebook that magically removes all messages related to, say, the World Cup.

How would we achieve this? The simplest route would be using bundles of related keywords as a filter, maybe gathered through a crowdsourced process. For the World Cup, we might block all country names and team nicknames for starters. Then maybe common terms like ‘goal’, ‘keeper’ and so forth. Next you’d probably want to block all player names. This presents an immediate problem, as you’re filtering out a bunch of common names like Lee, Kim, James and Green. I asked about this on Twitter, and Dave Johnson suggested that it might be a good task for Google’s Prediction API. […]”

Seems to me that is a good thing to do, though I would use it on a wider level.

What I wonder is to use it for example, to protect children from unwanted attentions or contents. This is a priority for me, since I have a little child very attracted by technology (or at least this seems to me, maybe she’s “only” curious… 🙂

I know that exists distros and software to avoid bad uses or encounters on the net, but an easier to use method such as filtering could be good.

I don’t know if is a fake or not, but in any case, sometime I wonder how can children be so intelligent.

They’re everyday a surprise and remind us how this world can be seen with smaller but different eyes. 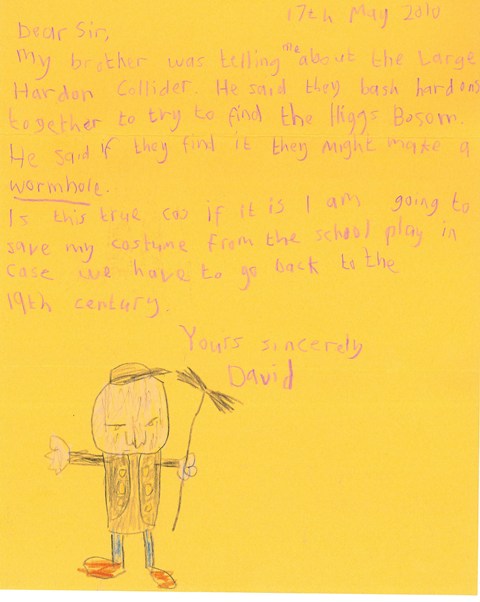 Gina Trapani at Smarterware writes an article reporting that “Robert Scoble argues that requiring users to post their true location in geolocation apps is an “antifeature” because it freaks people out. Users want control over where they say they are and want the option to be “fuzzy” about it” (full article at http://smarterware.org/3455/geolocation-software-features-freak-people-out, original article at http://scobleizer.com/2009/09/23/antifeatures-big-mistake-that-location-app-developers-make/).

I’m quite scared about geolocation and at the same time excited.

Fears comes mainly from the fact that in the world today, God only knows the use that can be made from geolocation (BTW: fears doesn’t come because I need to hide something, but mainly because I have no control on what others can do with this informations).

The problem is not geolocation itself, that, like any other technology is an “enabler”, but as I said before, is the use being made: going digital is great, abusing of technology is quite stupid.

Matt Hartley at Lockergnome writes an article on the fact that seems that teens don’t use Twitter so much (full article at http://www.lockergnome.com/web/2009/08/06/tweetless-teens-totally-twueless/).

Seems to me logical for a couple of reasons:

I think that social networks are, in some way a matter of trendiness.

I can remember only one (Linkedin) that survived for more than a decade, while I see people moving from one social network to another one in different times.

This behavoiur doesn’t seem strange to me, because a social network is worth for the number of people that use it, and so if a big number of users goes to another site, other will automaticcaly follow.

What I expect for the future is this circle (open-use-find another-close-and so on) going faster and faster, leaving at a certain point only those few social networks that, for they’re nature (e.g. because are niche players, because of fidelization, because of elite admission,…) are able to maintain a well dimensioned number of users.